Dunamisfamily.com
Sign up with your email address to be the first to know about new products, VIP offers, blog features & more.

The Sport hall of Budaors (outskirt of Budapest)
Town: Budaors, Address: 6 Harsfa Str, Zip code: 2040, Hungary
The maximum holding capacity of the sport hall is 1800 people . There are several washrooms which are easily accessible for the disabled too. The venue has a diner and cafeteria as well as a parking area. Scroll down for more details.

Taking a bus:
There are several buses from the direction of Budapest to Budaors: 240, 40, 40B, 88, 140, 140A, night time: 940, 972
Buses leave from Moricz Zsigmond korter and the train station of Kelenfold as well as Szell Kalman square.
In Budaors you need to take off at the stop of Templom squre, from there you can walk, it takes approx. 15 minutes but you can also wait for a local bus which takes you right to the hall – our venue for free. These free buses are: 288, 289 they come in every hour. ​

A map for you in case you would like to walk from Templom squre to the Sport Hall: 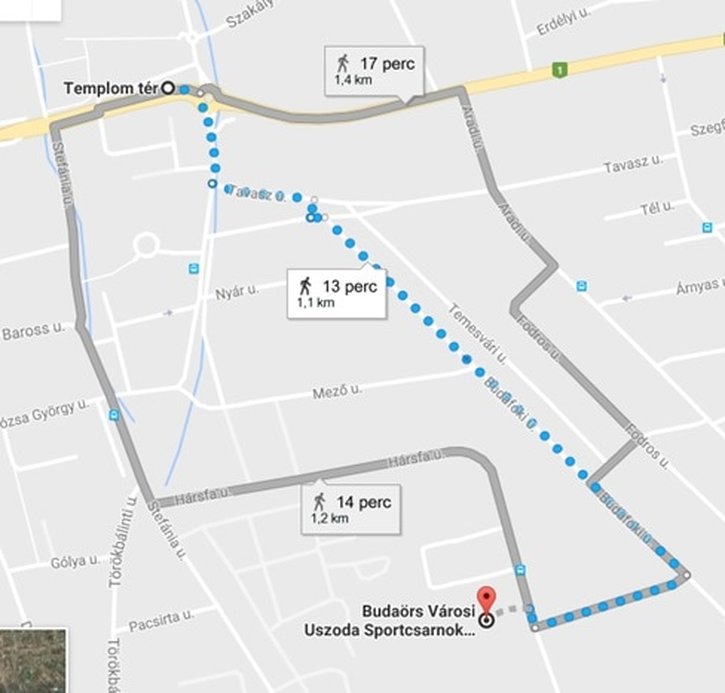 If someone takes a coach, that will take them to the gas station of Budaors, near the motorway. From there they can walk to the Sport Hall, which takes approx. 15 minutes. Here is a map for that:​

How you can approach the place from Budapest direction from

By train you can go to Kobanya-Kispest station, take the metro line 3, you will pass the metro line 4 to Kalvin square and travel to the Kelenfold terminal. From there, you can either take 40 or 88 numbered buses which take you to Budaors in 10 minutes! (From there it’s a 10-15 minutes walk or you can take the local bus for free – see above)
How you can get to Budapest by bus you can find on the following website: www.bkk.hu/apps/docs/terkep/repter.pdf

From Nepliget: Take the underground, number 3 and just like from the airport, it’s very easy to get to Budaors!

From Nyugati Station: Take the underground, number 3 and just like from the airport, it’s very easy to get to Budaors!

From Keleti Station: Get down to the subway, you will go all the way to the Kelenfoldi Terminal. Continue on the same way as above here.

From Deli Station: Take tram line 61 at Moricz Zsigmond Terminal, than take bus 240 which takes you directly to Budaors! (Depending on which way you are traveling from, you do not need to get to the Deli Railway Station if you land at Kelenfold, from there you can get to Budaors by bus 40 or 88 the same way as from the Nyugati and Keleti Stations.) From Szel Kalman square take 140 / 140A bus towards Deli Railway Station so you do not even need tram 61. But the truth is buses are less frequent.

Parking:
The hall has 290 private parking spaces, which will be filled in by first-come-first-served basis. In addition, according to the rules of the Highway Code, you can park anywhere in the small streets free of charge.

Photos of the venue: 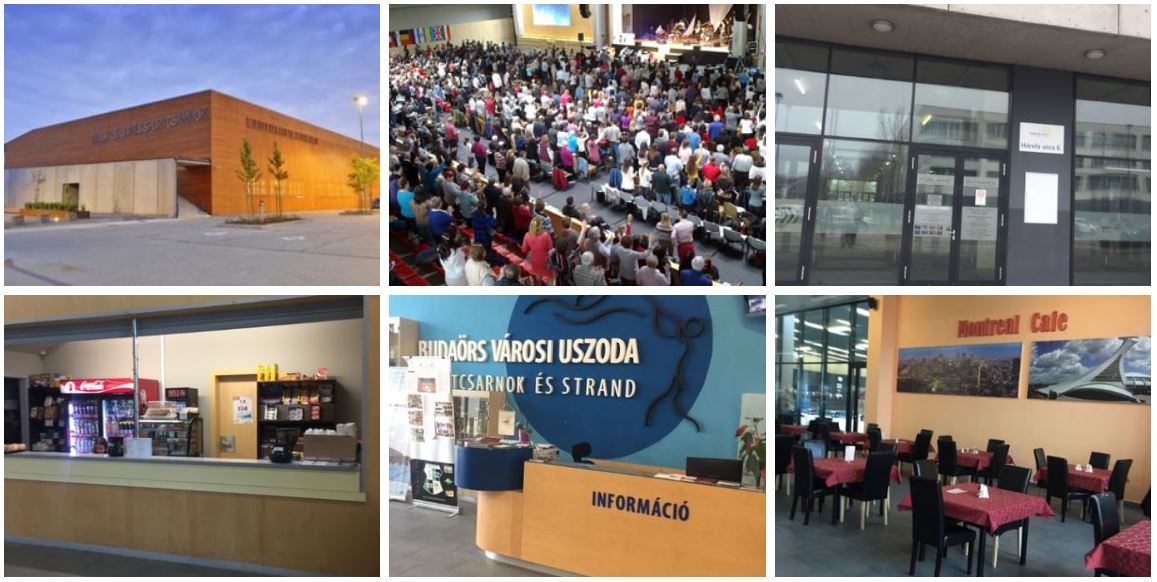 The building has its own bar and restaurant, which can accommodate only 200 guests at a limited number of times but you can order lunch and dinner in a variety of different types of hot and cold meals. You can also  have coffee and cakes. If anyone wants to have lunch or dinner, they need to tell the guys in the cafeteria in advance for them to expect it! You can also contact them here: gasztropannonia.webnode.hu/
On the main road (Budapesti Str. Szabadsag Str.) there are plenty of dining options. Next to the highway: McDonald’s, KFC.
Cheaper nearby dining places:
www.falatka.novar.hu/
feszeketelbar.hupont.hu/
www.budaorsietelbar.hu/menu.html
List of restaurants: www.ittjartam.hu/budaors/ettermek/

You can also search here: szallas.hu/budaors?sort=CheapestPerPersonPerNightRate&sortdir=asc&gclid=Cj0KEQiA56_FBRDYpqGa2p_e1MgBEiQAVEZ6-w6HfhyTV2XDtOE08vcfm3lQmX4QYzTfk71qTxKtPVIaApz98P8HAQ